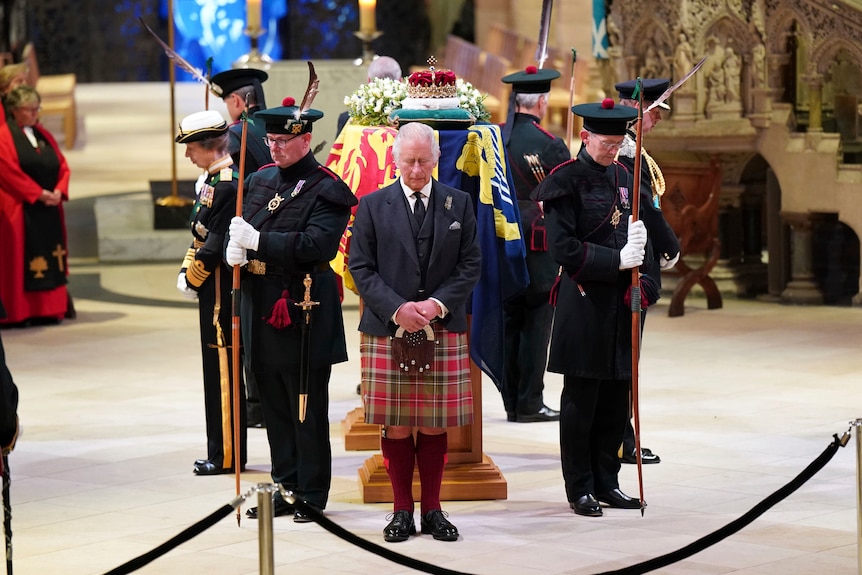 On Tuesday September 13th I had the opportunity to queue with thousands of others in bright autumn sunshine in Edinburgh to pay my respects to our late Queen Elizabeth II.  The queue moved quickly, was well managed, multi-cultural and good natured.  The atmosphere inside St Giles was hushed and extremely respectful. The experience of viewing the lying at rest was very brief and too much to take in at the time.  A mixture of the finality of death and the remarkable significance of this person’s life – not because of her status but because of how she fulfilled her role.  Certainly, both the full impact of her life and the repercussions of the passing of this greatly revered monarch are still to be played out.

For me, it was a significant milestone in a personal journey that had begun 70 years earlier, when in April 1952 my father died suddenly, leaving his six-year-old son literally waiting for him to turn up at the gates of his workplace as we had agreed a few hours before.  That Friday morning, we had walked together to the York Railway Carriage Works and agreed that at lunch I would wait for him there after morning school, and we would buy the Eagle comic. I was there early and waited as scores of his colleagues rushed out for lunch – a torrent of men in overhauls, some on foot and some on bikes. As the rush died to a dribble and then to nothing, I stood perplexed and anxious – how had I missed him? What should I do?

Eventually a friend of my mother’s turned up to collect me, took me to her home, fed me lunch and told me that my father had died. I was then sent back to school unaccompanied for the afternoon. I was late back and gave as my excuse for being late – “Well my father has died,” I sometimes wonder if the teacher at the time believed this story. It seems so implausible that a small child should arrive alone with such a narrative. Initially did she mentally file my story along with the “Dog ate my homework” type excuse?

My father was a veteran of the First World War having lied about his age to get into the army in 1914 and found himself, along with the rest of the 1/7th Territorial Battalion, Durham Light Infantry, rushed out to Belgium to face the German breakthrough in the Second Battle of Ypres in April/May 1915 – still only sixteen. His battalion was in almost continuous action from April 24th through to May 25th when the German offensive ended. He was gassed, shot, and survived. I was born late in his life when he was in his late 40’s. He was a skilled craftsman, well read, a committed socialist and atheist. Whether these latter two characteristics were gained from his own father (A German émigré from the Kaiser’s Germany in the 1870’s), whilst working in the Tyneside shipyards (he trained as a cabinet maker) or in the trenches of 1915 I did not have time to discover. I had two sisters – both much older than me and both working away from home in 1952.

My father and I were great friends, and he planted the seeds for my sense of curiosity, adventure, history, political and social affairs even at that age. Our conversations ranged through history, science, wildlife, politics, football, and geography. I still have some of the books that we shared covering wildlife, engineering, and the Great War. He made me a stool with a padded top, and the special feature of this stool was its long legs.  I had to be lifted on to, but when I was seated, we could discuss face to face on the same level. He was a great communicator and enabler.

Our late Queen had a parallel experience in 1952. Her beloved father King George VI died suddenly in his sleep in February. If you look at photos of them together, the bond is obvious. Whether you are a Sovereign or a child, a personal loss of this kind is grievous. Processing it is not easy. Subsequently. people have marveled at the late Queen’s knowledge of world affairs since she had no formal schooling or university. Obviously, decades of meeting world leaders, going back to her time as a Princess, has something to do with this acquired wisdom, however I wonder what foundations were laid in those 16 years of chatting things through with her father.  Here relationship with Churchill was also close.

A year later, in late May 1953, my youngest sister collected me from York and took me down to London where she was working as a teacher in Deptford. I was to experience Coronation London firsthand! Not my first visit as I had gone with my father to the Festival of Britain in 1951 and spent several days on the South Bank. How we had enjoyed the Dome of Discovery together! Looking back, I think that it was my sister’s attempt to help her much younger brother process his grief by filling his mind with a great new adventure and many positive images and experiences. 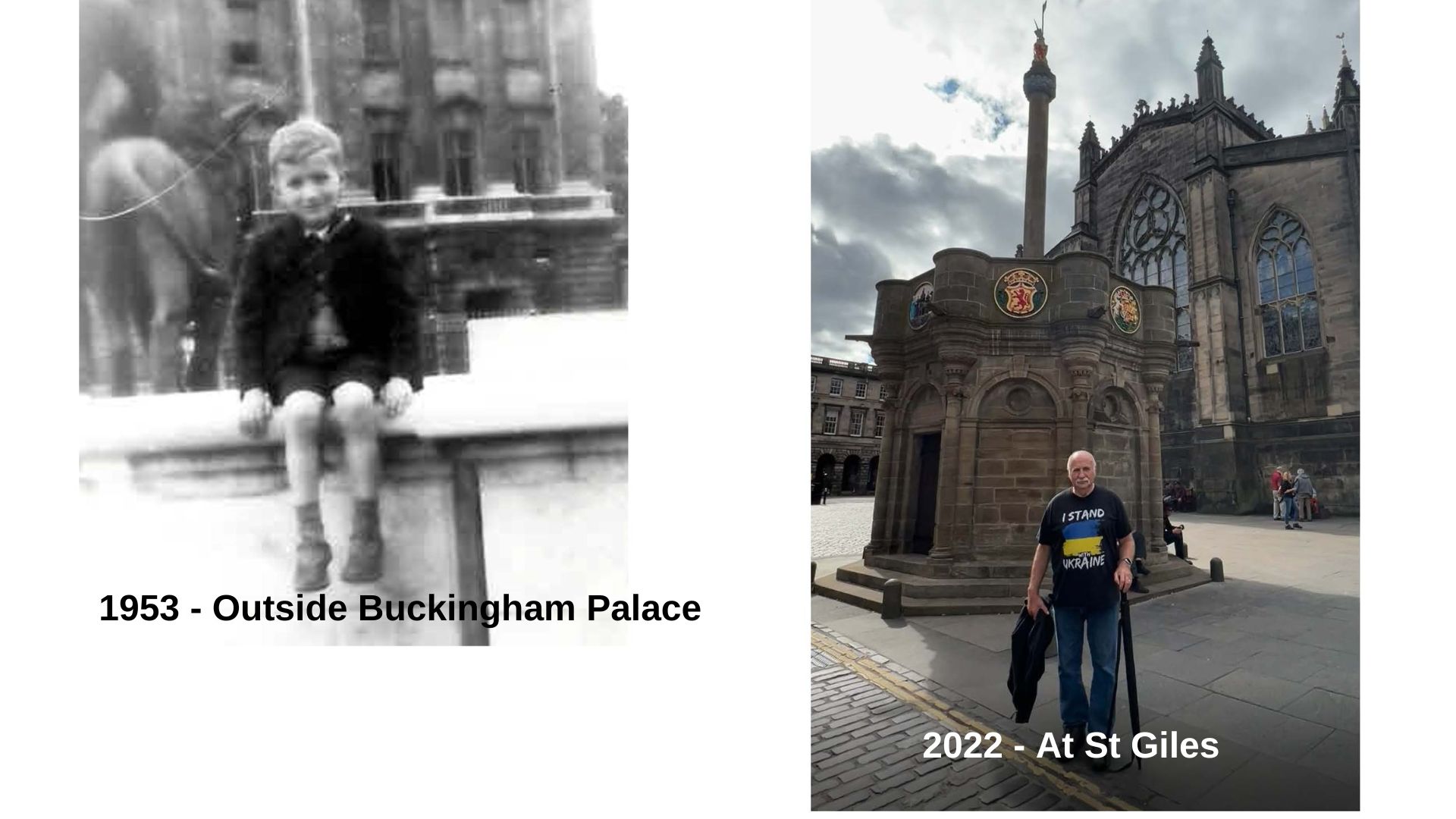 I spent an amazing week living in her digs in Catford and travelling up to the city each day to experience the crowds, and the exciting build up to Coronation Day. Memories are of people camping out on the pavements to secure premium vantage spots, workmen making final touches to a massive build programme for viewing platforms and stands, huge crowd control gates that would be shut as each section of the route filled with spectators, bunting by the mile and stupendous street decorations.  Crowds so thronged that on occasions it was faster to hop-off the old STL type buses, walk and then hop back on if the crowd thinned. I was banned from trying this means of hybrid travel by my sister!  I was having an amazing experience! 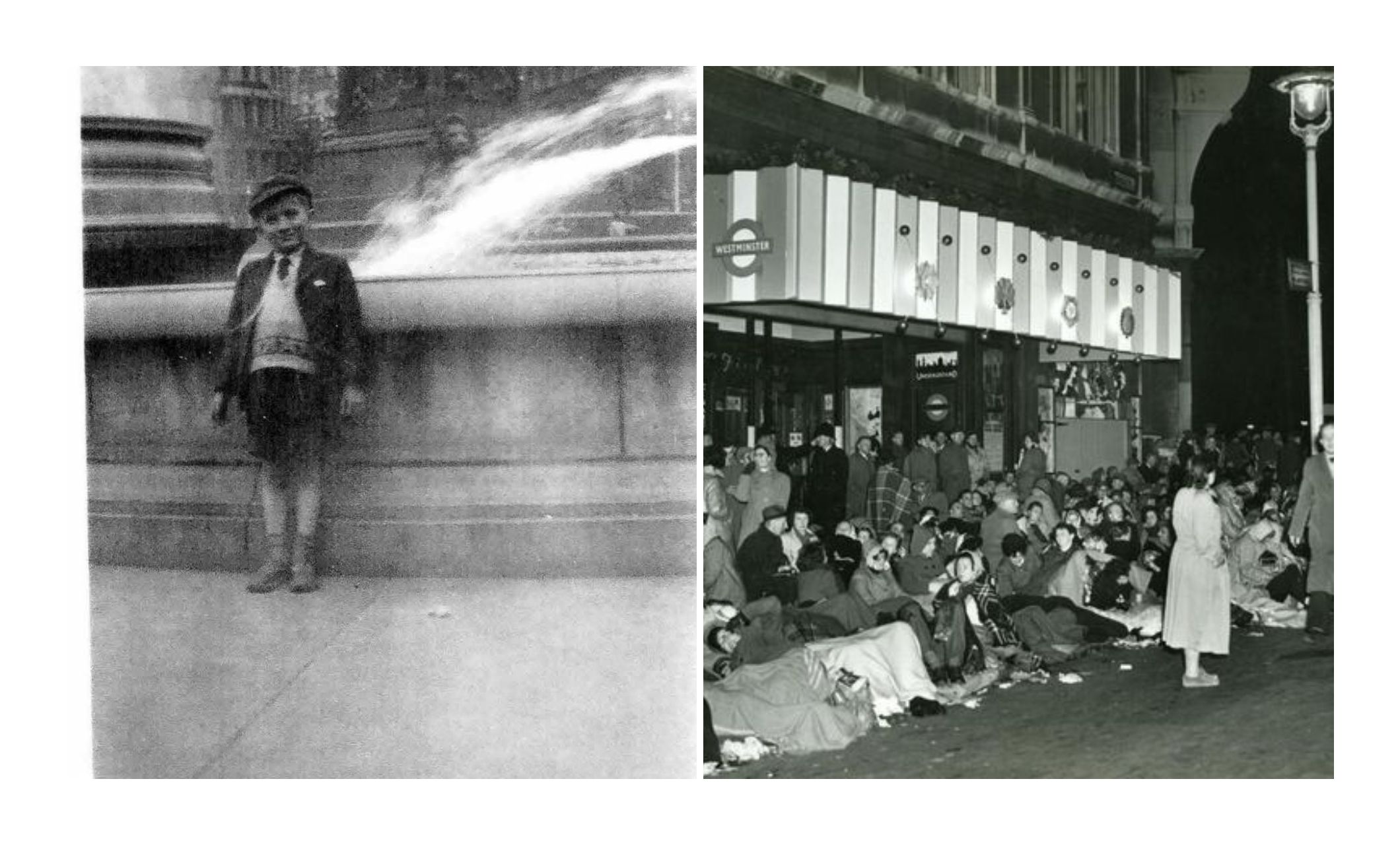 Then it was the day! June 2nd dawned wet and grey, but by that time we were at our vantage point somewhere near Trafalgar Square. We had not camped out but, instead, got up in the middle of the night (big adventure) to travel in by public transport. We were there by 4.30am and already the crowds were building, and we were not at the front. By 7am, to a seven-year-old we seemed to have waited forever! Then the exciting news of the first ascent of Everest spread through the crowd – no mobiles or social media, just shouting newspaper sellers and word of mouth. By 8am the seven-year-old was lost in the crowd in terms of seeing anything apart from backs and legs, and my sister’s then boyfriend was tired of hoisting me onto his shoulders. The experience was in danger of turning into a big disappointment!

Then a miracle – some complete strangers on a private balcony noticed the forlorn small boy in the crowd and shouted down “Would he like to join them?”  Would he!! I was hoisted up, passed over people’s heads, climbed precariously along the top of one of the barricades and was finally lifted into the safety of the balcony. Suddenly, I had a perfect view. I spent hours there and must have been fed and watered, though I have no memory of that!

At this distance of time. I do not remember much of the detail of the parade; it was such a gigantic kaleidoscopic experience for a young person! I do clearly remember a smiling Queen Salote of Tonga in her open carriage, and the serried ranks of the Royal Canadian Mounted Police (RCMP) in their glorious scarlet coats with their rifles (I wanted to go off and be a Mountie next day) and marching bands. There were countless dignities, royalty and thousands of soldiers, sailors, and airmen. 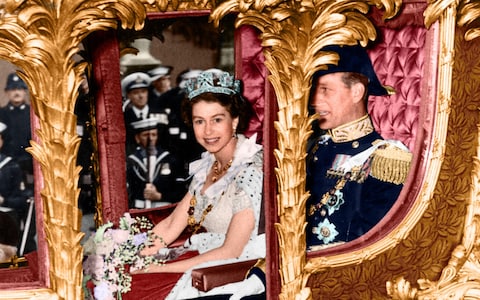 Above all there was a smiling young Queen and her Prince Consort, radiant in a golden carriage on a somewhat gloomy day.

After the procession was over, I was passed down to my sister once more and we went back to Catford for tea. Next day it was back to York on the train, and I was still able to attend the street party and collect my coronation mug as it was not held on June 2nd for some reason!

In the intervening 70 years, the young Queen Elizabeth, that I briefly glimpsed through the window of a golden coach, has exercised her amazing reign. A reign that I am sure no-one envisaged that somewhat soggy day in June 1953. A reign of remarkable service and commitment during a period of significant socio-economic and political change for both the nation and the world order.  A reign that has embodied what I came to recognise as servant leadership. A leadership not based upon positional authority – though as Her Britannic Majesty she had this kind of authority to its highest level. Instead, the testimony since her death speaks of one who exerted her leadership through relational characteristics such as:

As for the small boy who watched the start of this amazing reign, I grew up, gained an education, became involved in leadership in various capacities, became a husband, a parent and grandparent. Also, twenty years ago, I grieved the death of my beloved sister, who did so much to rescue me as a child. I never had the privilege to meet the late Queen in person. However, I did meet with Prince Philip on two occasions in connection with the D of E Award scheme and have spoken with the Princess Royal on several occasions in connection with a charity of which she is Royal Patron. I continue to enjoy encouraging these qualities of leadership, so amazingly demonstrated by our late Queen, with those I coach on a professional basis. I am still a story in progress!